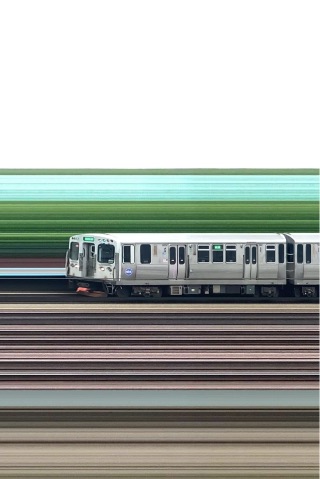 Try it out, get the source, or contribute.

Many years ago I saw in a magazine, perhaps Popular Science or Wired but just as likely a random mag on a table in a doctors office, an article about an artist who had taken lots of images and reconstructed these beautiful images of cars and people walking on a beach. They shared a 'smeared' background and distorted figures: the cars were smooshed down smaller than the people, and the people had funny distortion on their limbs.

I was enamored. As years went by and I regularly found myself referencing these works, and more over the process, but I was never able to provide any evidence that what I was talking about was real, let alone something I could share. Which mostly left people scratching their heads. So I built it myself.

There's another thing that is very similar technology and you probably have one in your home: a simple scanner. If you've ever scanned your hand (or butt) and moved during the scan you've seen the smearing that I've accomplished here. If you'd like to know more, visit the repository's readme where I go in depth about how this works.